Old Fashioned is Modern: The Power of a Pen and Paper 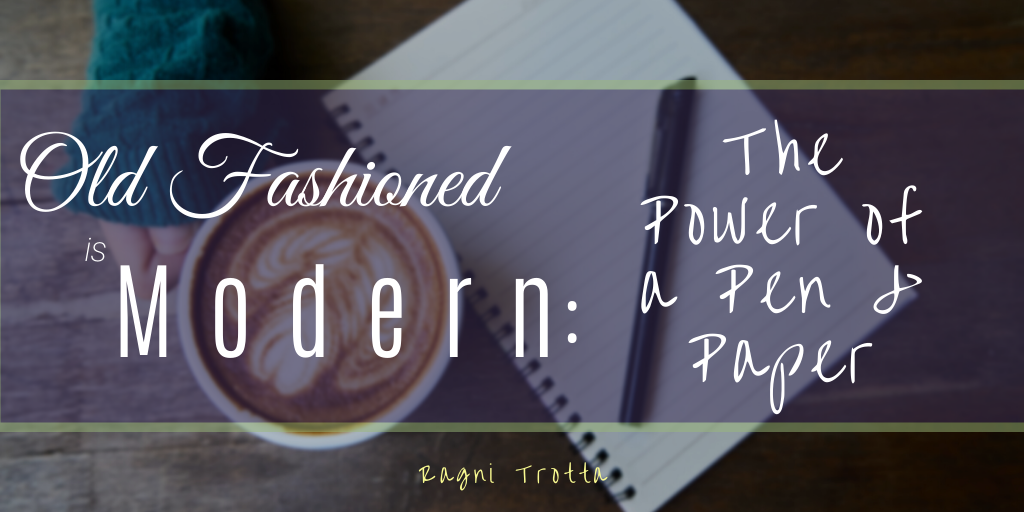 Technology has changed the way many people go about their daily lives, but much has been lost in personal communication which is now mainly taking place by email, SMS, WhatsApp or Messenger. In a world where the challenge is to find ways for your message to stand out and make an impact, a handwritten letter is a great way to be remembered and make a statement which reflects more traditional values and the simple aspects of life.

Here’s why a handwritten letter is the best choice;

Handwritten letters are few and far between and people tend to remember handwritten notes because they are the exception to the rule. After an interview; many candidates typically follow up with an email, thanking the interviewer for their time. However, not many take the time to write a handwritten thank you letter and send it by “snail mail”, so this provides you with a wonderful way to set yourself apart from everyone else.

Even in the world of fame and royalty, a handwritten letter goes a long way. It is said that after Prince William’s birth, Princess Diana sent out thousands of handwritten thank-you notes to all the people who sent gifts to the newborn prince; adding a personal touch to each. Today, her priceless letters are being auctioned off. Setting herself apart, actress, Margot Robbie sent a handwritten letter to film director Quentin Tarantino before the casting of his movie “Once Upon a Time…in Hollywood” landing her not only a role but a 2020 Golden Globes nomination.

It Signifies That You Value the Relationship

Old fashioned “snail mail” has actually become a modern way to stand out! Writing something by hand naturally takes much more time and effort than an electronic message. First of all, it signifies that the writer took their time to think about what to write. Secondly, the added thoughtfulness of selecting a particular paper or card, addressing the envelope, buying the stamp and putting it in the mailbox, sends a message of caring and shows the recipient that you value your relationship with them.

There are so many reasons old fashioned love letters still work. A thoughtful, handwritten note with a loving message makes the recipient feel really special. Sometimes, we also feel more comfortable revealing our feelings in a letter, as it gives us the time to really think about what we want to say. A letter also gives you a chance to show someone that you a thoughtful and considerate person, who pays attention to the smaller details. Letters also have the added value that they can be saved in a special place and read over and over again.